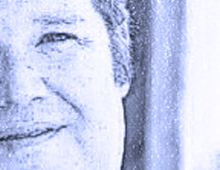 With over 20 years of experience in the voiceover industry, Dustin Ebaugh’s voice has been described as clear, natural, warm, friendly, agreeable, believable, and trustworthy. His voice is ideal for narration, commercials, promos and radio and television station imaging.

In his professional personal studio, he uses Neumann U87 and Sennheiser 416 microphones, a Focusrite Red4 Preamplifier, Twisted Wave, Adobe Audition, and Focal studio monitors. He can easily do a telephone patch for recording sessions and offers ISDN, SourceConnect, and ipDTL.

He has been heard nationally on network television and radio, broadcast cable as the voice of Dr. Pepper Zero Sugar, Zaxby’s, Brinks Money Prepaid Mastercard, Quantum Nutrition and many others. Dustin is also the narrator of “Crimes Gone Viral” on Investigation Discovery.

Some client comments:
“I stopped listening to auditions after I heard yours.”
Scott @ GKV