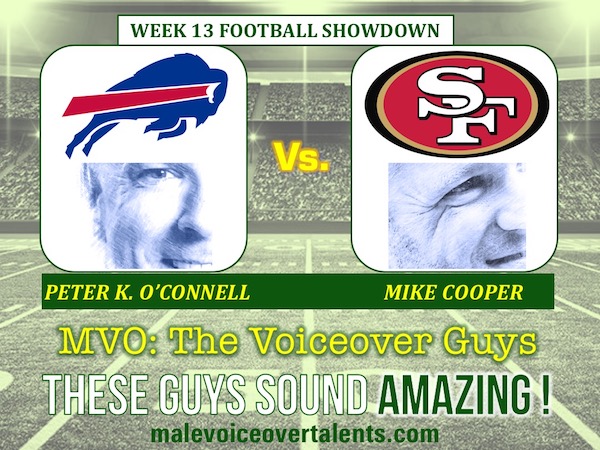 Our saintly teacher, Sister Donna Marie, took our class on a trip to WEBR-AM in Buffalo, NY.

The minute I walked into that radio station control room…BOOM!

Everything changed for me.  Everything.

I knew instantly my life would always include a microphone.

My Dad was State High School Oratory Champion and Mom had long wanted to work in broadcasting at a time when women didn’t do that so, while my 5-year-old self didn’t realize it, my broadcasting obsession was probably genetic.

From securing my high school’s first-ever radio station internship to hosting Dayton, Ohio’s #1 rated Saturday night request show on a 50,000-watt radio station while only in college, I’ve been behind a microphone almost ever since.

Consistent requests from early radio advertisers for my commercial production and live announcing work confirmed for me (financially and spiritually) that I had a future in voiceover.

In 2016, we O’Connells packed up our Conestoga wagon and ventured from our longtime home in Buffalo, NY to Raleigh, NC (near Research Triangle Park), where my Source-Connect equipped, professional recording studio serves media producers world-wide.