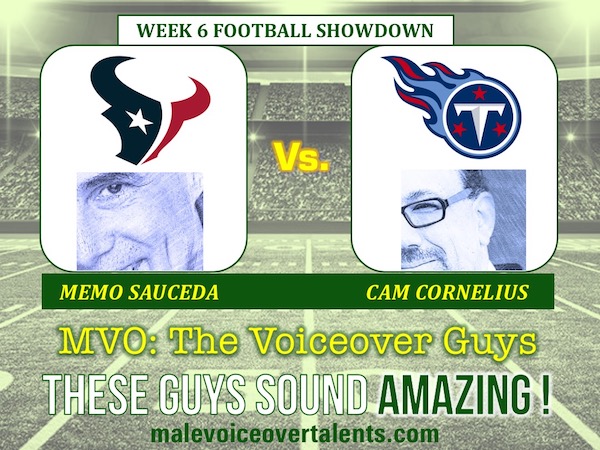 Memo Sauceda started acting in theater when he began college more than 30 years ago in Monterrey, México; and although he graduated in business & computer science, he decided to pursue his acting career. He studied at the Drama Studio London, and went back to Mexico to do theater, dubbing (lending his voice in Spanish to Mel Gibson, Kevin Costner, and John Travolta among others), voiceovers, soaps, industrials, and as an anchor in TV shows. In 1997, the network Telemundo brought him to Miami to host Edición Especial, Mira que TVO and Ay Caramba, and he won 3 Emmys while with them. Today, Memo is one of the most respected and trustworthy talents in the Hispanic market, and he is always happy to help his fellow performers.

Cam grew up in the music industry with his family producing and discovering artists such as Sawyer Brown, Johnny Paycheck, Collin Raye, and Alan Jackson. Learning sound technology at such a young age gave Cam the opportunity while still in high school to be an assistant recording engineer on a music project with several Nashville musicians in Moscow, Russia at the state owned Melodiya Records. Cam’s singing career has included recording a children’s album with Sonny “Enos” Shroyer from The Dukes of Hazzard, being a featured performer for the United States World Fair Pavillion, and performing on such shows as TNN’s Nashville Now and The Grand Ole Opry.